“Grasping Grace & Forgiveness in Times of Guilt and Shame”

Too many people suffer needlessly from unresolved guilt and shame.

Often it is our misunderstanding of the divine dynamics of guilt, shame, grace and forgiveness that prevent us from living in a liberating and Godly lifestyle. Guilt and shame are normal and healthy emotions that are intended to guide our behavior like a check and balance mechanism. Appropriate guilt and shame leads to redemptive desire and helps prevent the perils of self-absorption. Both guilt and shame are divinely designed to be instructive in nature. Shame is ultimately related to virtue. Unfortunately, many people tend to take guilt and shame to their extreme(s)—being burdened by the weight of them, or worse, having no guilt or shame at all. 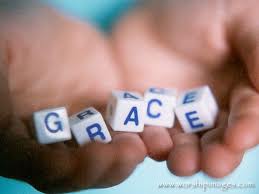 Guilt can provide many “benefits” such as an unconscious pleasure from suffering, an illusion of control by owning it, and even a distorted sense of connectedness to someone who may have died. Similarly, guilt can be an after-the-fact expression of loyalty to the dead. Guilt may also feed an unconscious desire to be admired for feeling guilty. A sense of self-importance may also develop because it can become more satisfying to endure and hang on to guilt rather than to accept ourselves as flawed or ordinary. Guilt can also be a form of an escape from criticism. If we appear guilt-ridden, people are less likely to confront us. Often, people shy away from releasing themselves from guilt and shame because by doing so, they feel it doesn’t honor the depth of their wrong doing. Guilt can also evolve into just another form of self-indulgence. By becoming engrossed in guilt, we can avoid many other issues, too. But when we avoid our pain, through the use of alcohol, as an example, we avoid healing. And God won’t heal what we continue to avoid. Alcohol can dull our emotional pain, but it also dulls our passion for God. Clinging to guilt and shame can easily become a subtle form of idolatry, although we may not be aware of it. A righteous sense of guilt moves us toward repentance and constructive sorrow. In our humanness, it may be easier to feel guilty rather than to feel forgiven.

Likewise, healthy shame can be a form of humility before God. It can also be a subtle invitation to grace. Toxic shame, on the other hand, is based on the flawed perceptions of others or self in regard to rejection, betrayal and broken trust. It is more of a relationship wound that often feels like a wound made from the inside. It is based strictly in our humanness and not on God. Toxic shame is considered more potent and destructive than guilt because it tends to be more focused on the sense of self rather than on a specific act. Trauma fuses or enmeshes with our identity or sense of self to the point we don’t know who we are without the trauma. Often, we can feel a sense of remorse for our own being. Generally, guilt is what we often feel when we make a mistake. Toxic shame can make us feel like we are a mistake. One writer once called toxic shame as a hemorrhage of the soul. The root of much toxic shame is pride because we reject ourselves as God created us to be. But because we are created and accepted by God through common grace, we can reject toxic shame and our ongoing need for approval. We need not be threatened by our flaws and warts. Wholeness is being aware of our flaws, but also of our many talents and strengths.

The only things that can conquer our false sense of guilt and toxic shame are God’s grace and forgiveness. Indeed, forgiveness is the most powerful experience a human being can have, but it is also often the most misunderstood. In fact, we only discover our sense of identity and value through God’s pardon alone. He never asks us to extend more grace and forgiveness (even to ourselves) than He has already freely given us. When we forgive someone we actually learn how similar, and not different, that person is to us, and it delivers a blow to our victim status. When we refuse to forgive ourselves or others after God has already done so, we are giving ourselves higher standards of forgiveness than God. Forgiving ourselves is taking a bold step into power.

Hiram Keith Johnson, MA, LCSW, has endured the emotional trauma of being involved in a tragic car accident in which a 17 year-old woman, a passenger in his car, died on Christmas Day, 1979. Tragedy would strike the young woman’s family two more times when her father and 15 year-old sister were also killed in separate unrelated car accidents. Johnson’s book, Tragic Redemption: Healing the Guilt and Shame (Langmarc Publishing of Austin, TX), graphically chronicles his severe emotional struggles in coming to terms with his childhood trauma, and his ultimate triumph over this devastating event. His inspirational story is rich in insight and offers the reader the wisdom of his mistakes and trials.

Hiram Keith Johnson, MA, LCSW, is currently a licensed therapist in private practice at Professional Counseling Associates in Daphne, Al, and is ordained in the United Methodist Church. He, his wife Jill and two daughters, Hannah and Sarah, currently reside in Fairhope, Al. He is a graduate of Florida State University, Asbury Theological Seminary, and the University of Kentucky.

National or worldwide TV guest appearances:
Herman and Sharon Show (TCN), Clearwater, Fl
100 Huntley Street, Burlington, ON
World Harvest Network, South Bend, IN
The TCT (Total Christian Television) Network, Marion, IL
God’s Learning Channel, Midland, TX
Copies of the book may be purchased by calling 1-800-864-1648 or on-line at www.langmarc.com or major bookseller websites. It can also be ordered through any bookstore, including Cokesbury.

Therapy offers the key to unlock the doors that have remained shut long enough to forget that their were doors, or choices in the first place.